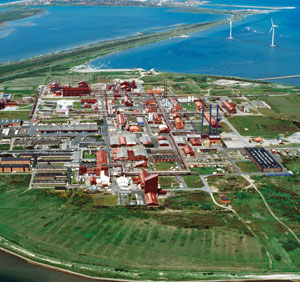 Many important chemical discoveries were made during the latter half of the 19th century; one of the most important for our industry was the 1860 discovery that minerals have different water wettability characteristics and, subsequently, that minerals can be made hydrophobic by chemical means. Commercial application of this discovery did not occur until 1906, when the froth flotation process was patented and subsequently became the focus of significant litigation that often befalls great ideas.

“Oil flotation” became the cornerstone of mineral flotation, as we know it today, with the actual process of froth flotation under continuous development over the next century. With declining availability of the rich, easy to process ore bodies by using hand sorting, sizing and gravity circuits, development and adoption of flotation has allowed the mining industry to supply great amounts of valuable metals and metals required by industry and our societies. As a mineral beneficiation unit operation, flotation has become without a doubt the most important means for recovering and upgrading ore values.

Flotation has become a very selective and highly cost efficient process and has become a universally used means for concentrating all types of ores. For sulphide ores, flotation is particularly important. The drive to improve mineral flotation technology continues today with better technical understanding and application of new flotation reagent chemistries, equipment and control strategies.